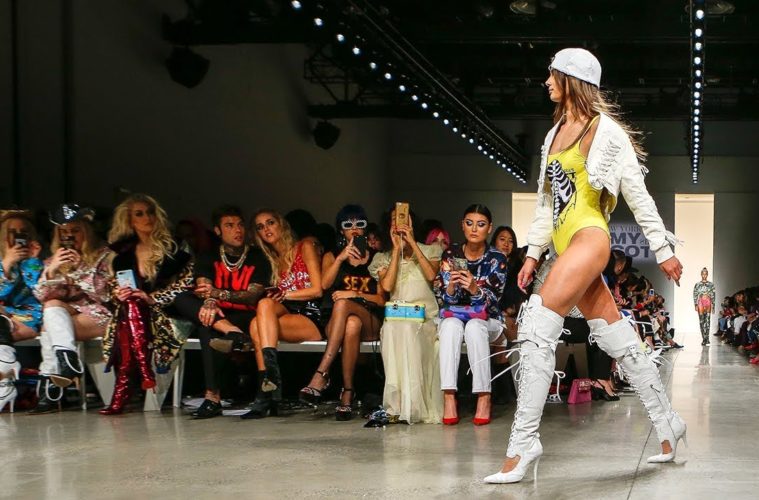 Jeremy Scott is ready for a revolution. The divide between fashion and politics has just been shortened in Scott’s spring 2019 collection unveiled at New York Fashion Week.

The collection was layered with his signature provocative prints, bold colors, and punk-grunge words emblazoned on his sporty pieces.  With many designers mixing politics into their work Scott has followed suit, with his loud opinions on the current administration. ’Power’, “Riot’ and ‘Revolt’ decorated oversized sweaters, army blazers and fitted bodycons. Plunging necklines over brightly colored jumpsuits, paired with nipple grazing sweaters were the perfect styling combination, and echoed Scotts cheeky nature. Between the army green, in your face crotch zip pants, and the anti-Kavanaugh T-shirt when taking his bow, this collection was primed to protest.

Embracing change is part of Scotts’ charm with his unpredictably unorthodox designs, serving as a canvas for any cultural (or political) references that drive his imagination. The collection also referenced pop culture with a Pikachu sweater notably worn by Cardi Bs husband rapper Offset, and Polaroid selfies.

The inspiration behind the current collection is Scott. A picture of Scott in 1996 in heavy eye shadow and club kid wear is the fuel to his proverbial fire. Being his own muse allowed Scott to think about what his younger self would have wanted to wear. His homage to the naughty nineties proved to be a hit at last nights show. The star studded audience watched in fascination as Scotts imagination and creativity were brought to life down the runway. 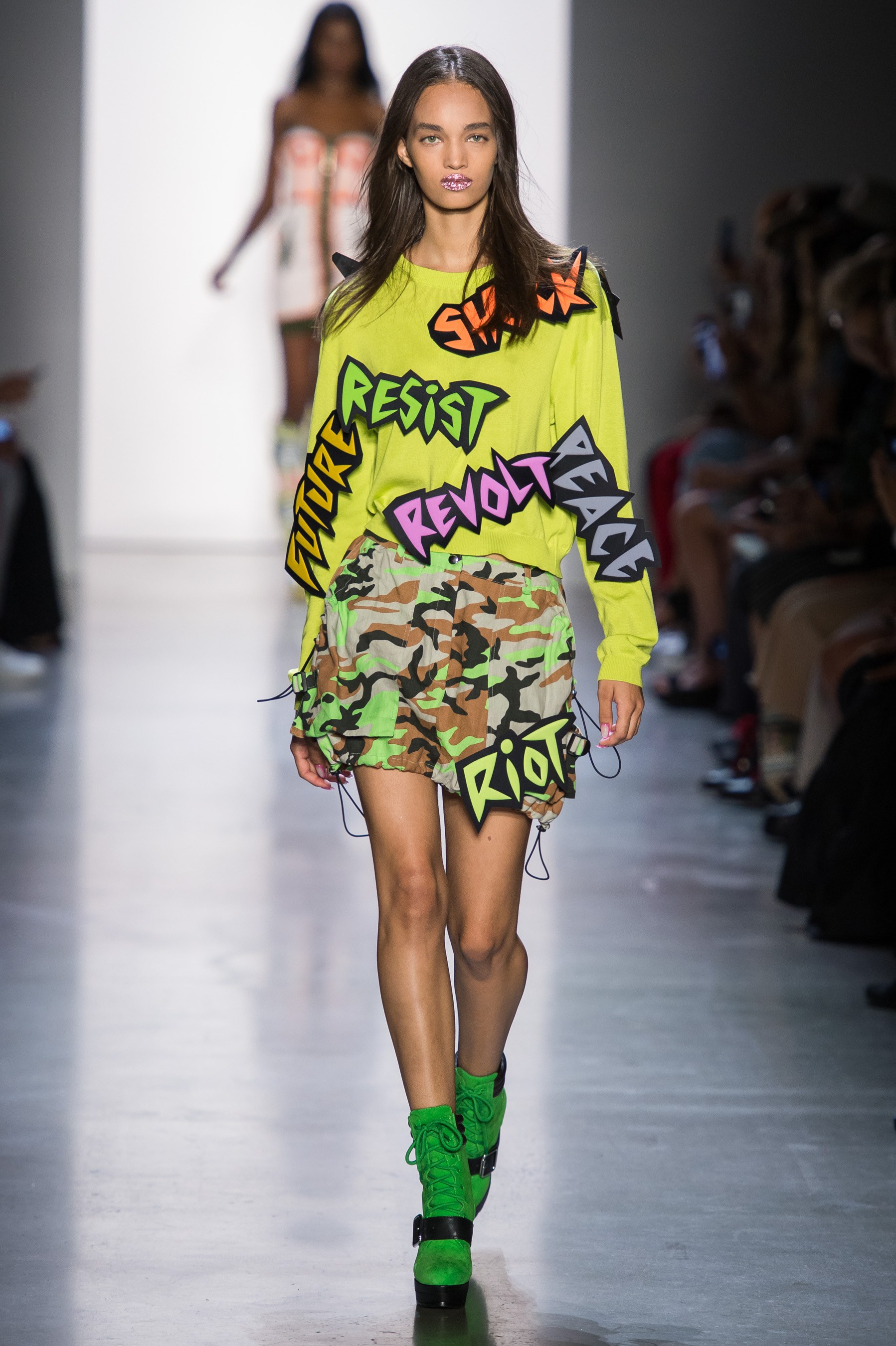 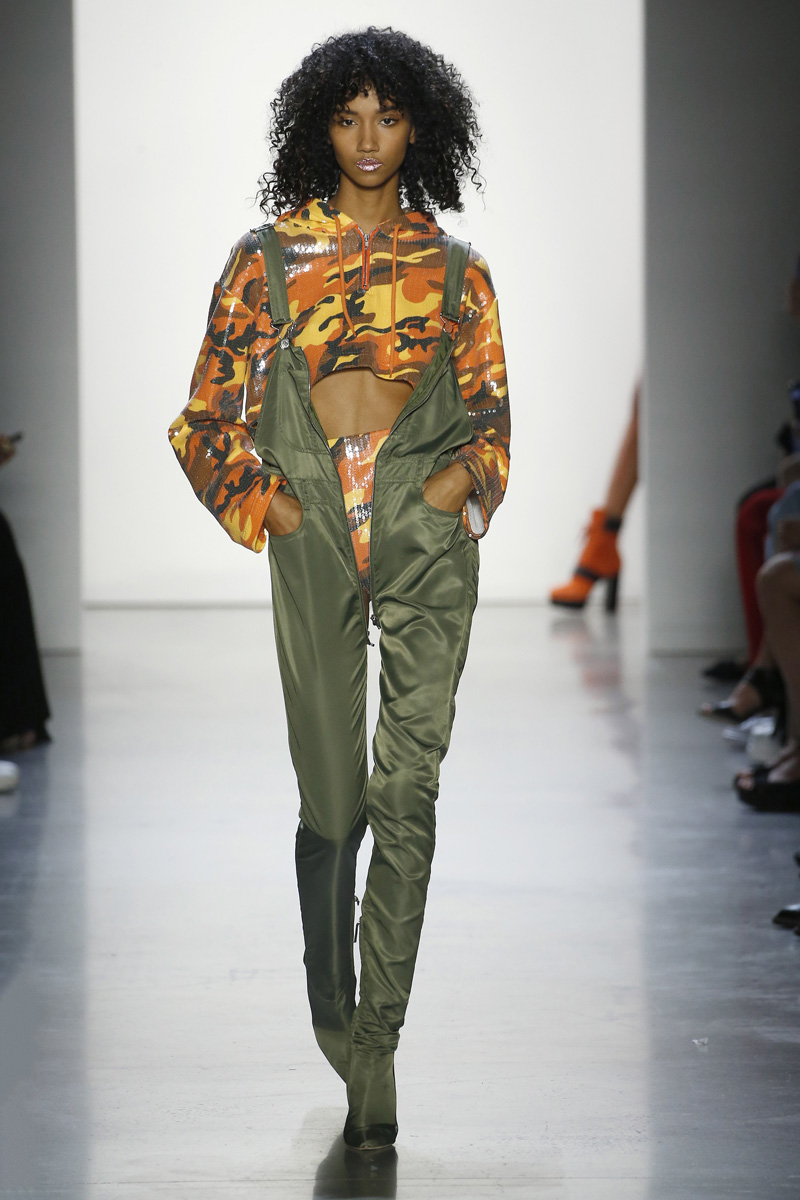 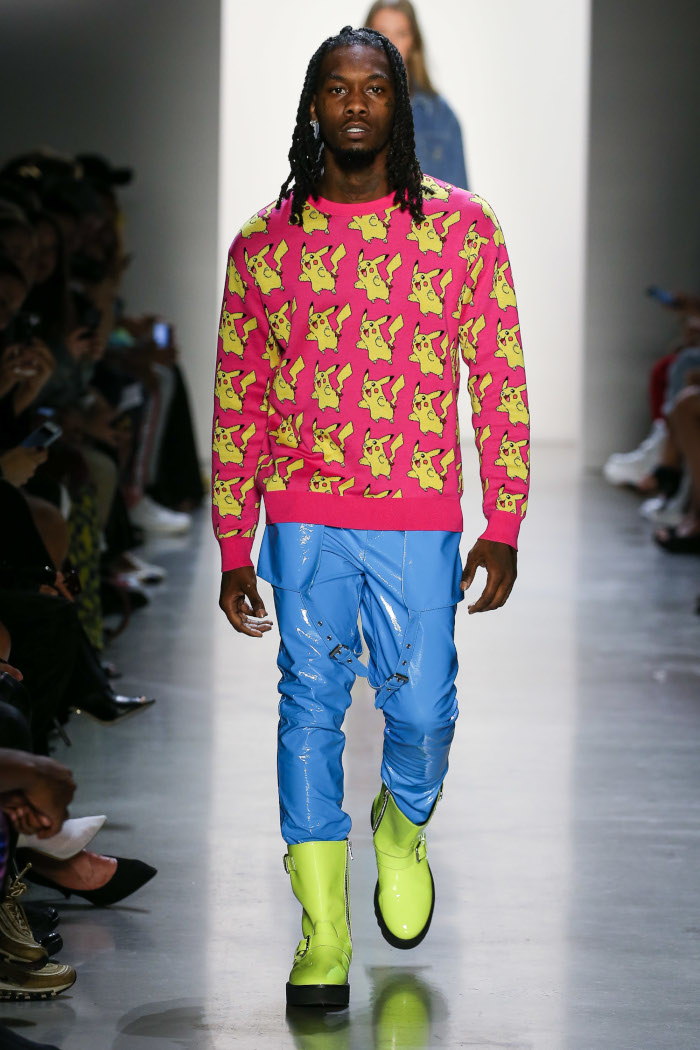 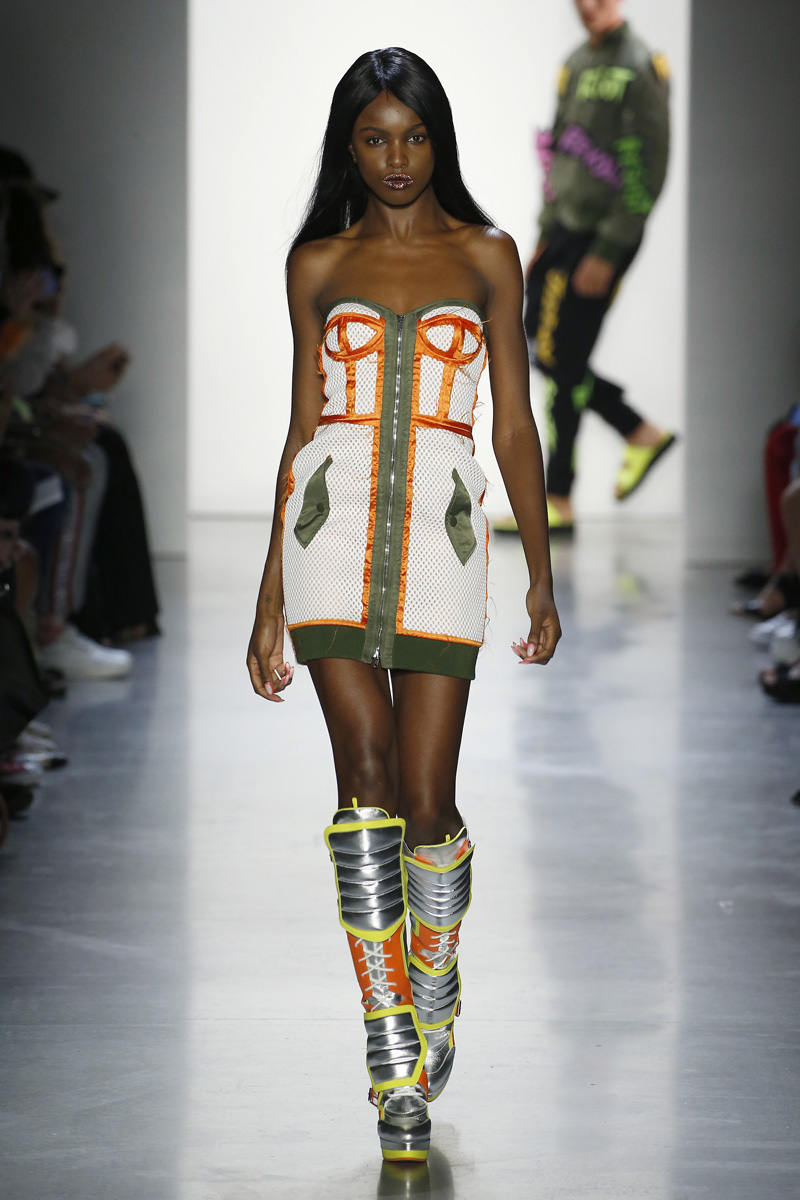