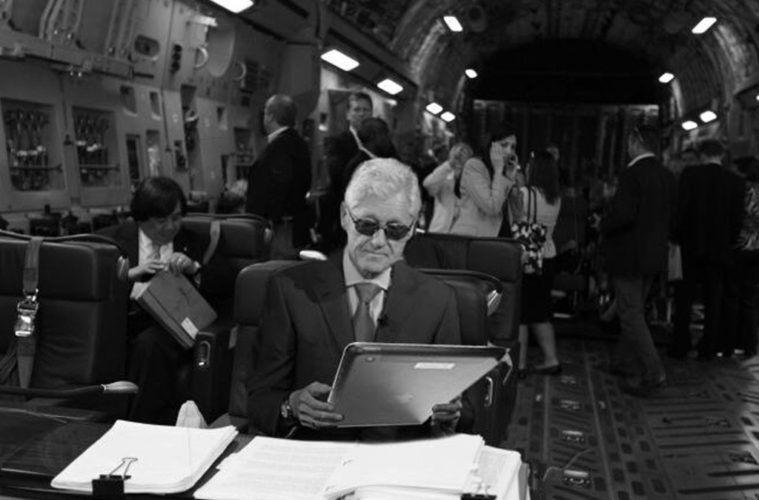 As the wind begins to bite and sun tan oil is traded in for pumpkin spice lattes, the autumn often brings with it several important events.  While kids anxiously count the days until Halloween and the country stocks up for a bountiful Thanksgiving, the world eagerly anticipates an often monumental and goal affirming summit held in the thriving pockets of America.

The  was founded in 2005 by former President Bill Clinton as an annual meeting to bring delegates from around the world to turn great ideas into real results.  The programs and the topics they cover encompass a broad range across global and domestic hardships.  Equality, poverty, human rights, education, climate control, disaster relief and health initiatives are a few of the major challenges broached at these events.

There has been a solid history of many innovative ideas and strategies brought forth by insightful speakers and organizations that have been implemented in world wide policies and reform.  In fact, if one were to follow the trends of a given year regarding global concerns, you would see a parallel in talks addressing those challenges head on at the following CGI collective.  The 2016 Clinton Global Initiative is shaping up to follow in those footsteps.

While the country faces an important decision in choosing the next leader of the free world, the presence of Hillary Clinton as the Democratic nominee has brought a larger spotlight on a struggle that has yet to be won; gender equality and woman’s rights.

The lineup of talks for this year’s CGI appears robust in content over several major areas but the bulkhead of the ship seems to steer towards aggressively addressing Hillary’s No Ceiling Project and the heavy issues facing adolescent girls and women globally.  A large focus is being placed on educating and empowering women so that they may become a more active and vital part of world economies.  The stress is being put upon the fact that so many talented and innovative minds are not being nourished simply because of their gender.  Females being held back, stripped of opportunities and viewed as nothing more than chattel is weakening the structure of many world markets.  Women who are given the tools to succeed are able to stimulate economic growth for their countries.  By the simple act of educating, a world of difference is made in production increase, healthier import/export trade, lowering unemployment rates and government assistance, reducing poverty levels and building a stronger financial backbone.

The thought is that education and empowerment also builds leaders and thinkers.  By limiting females, we are losing out on advances in science and technology.  Possible cures, exploration and better quality of life may be just beyond our reach because they are locked inside the mind of an adolescent girl in Africa who is discouraged from free thinking.

The 2016 Clinton Global Initiative will be acknowledging growth in education and building skills for girls regarding business, banking, community involvement, literacy, health and perception, to name a few.  Spearheaded by Chelsea Clinton will be talks on increasing opportunities for adolescent girls with a concentration on increasing life skills, education and creating gender friendly environments in and out of the classroom.  This is a topic that has always been high on the Clinton’s priority list.

The CGI will also be tackling the hot button issue of gender bias in media and marketing.  While a long time issue in the US, hopefully we will be able to see some forward thinking towards the concerns of gender discrimination and objectification come out of this year’s talks.  Another highlight of this coming CGI will be the focus on basic woman’s rights in health and well-being such as HIV prevention and combating teen pregnancy and cervical cancer.

Even though we can not gauge the results of the Presidential election as yet, we can already see the influence of a female nominee in something as simple as the upcoming program schedule for the 2016 Clinton Global Initiative.  Regardless of who secures the Presidency, the contents of this event are imperative to our quality of life and survival as a whole.  There can be no success if there are no solutions and resolutions can only come from open and honest communication and negotiation.

Through all of the trials needing to be faced and the blueprints that need to be laid, this years Clinton Global Initiative should prove to be another stepping stone towards a better foundation for our future.