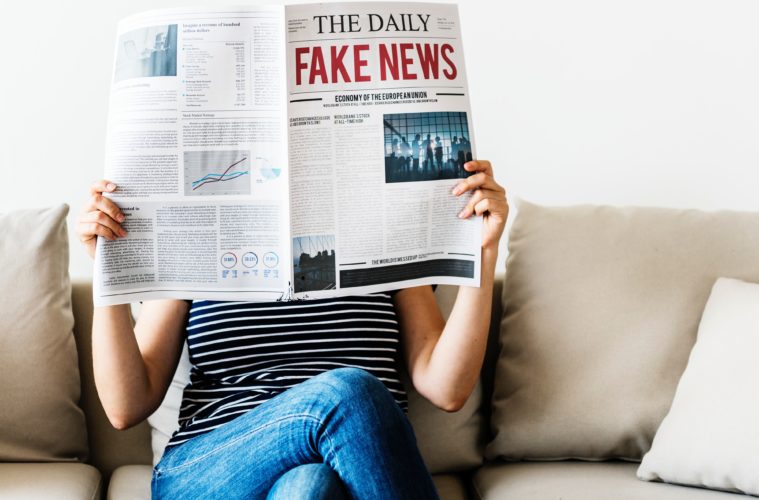 Why You Should Embrace Your Impostor Syndrome

Once, earlier in my career, I was invited to an elegant media event in Los Angeles. As I walked around the room, full of journalists from some of the biggest publications in the world, I felt so out of place that I hid in the bathroom until my best friend arrived.

I look back on that incident as one of my worst attacks of impostor syndrome, that ubiquitous if not slightly overused term to describe the insecurity, vulnerability, and discomfort that comes with moving forward in your career — like when you finally get your dream job and convince yourself you just got lucky or that you somehow scammed the hiring manager. Or you get a prestigious new title on your business card and laugh because it seems ridiculous to think of yourself that way.

Some of the most prominent people I’ve interviewed or talked to about impostor syndrome — business owners, research scientists, TV writers — said that it only gets worse with success. The more you achieve, the more you feel like a fraud. But as awful as that may seem, impostor syndrome isn’t all bad. The key is to use this so-called syndrome to your advantage.

If you feel a little insecure, you’re more aware of your own weaknesses and therefore better equipped to change them.

Impostor syndrome “is both good and bad,” says Kelsey Ramsden, author of The Success Hangover. “It’s bad in that it stops a great many people from progressing and sharing their capacity and talents with the world.” On the other hand, Ramsden says, impostor syndrome is also a symptom of breaking out of your comfort zone, and that’s where growth happens. Next time you experience this feeling, know that there are plenty of reasons to embrace it.

Ambitious people might be especially prone to impostor syndrome. The term comes from research in the 1970s that studied the trait in women specifically. Writing in the journal Psychotherapy: Theory, Research, and Practice, psychologists Pauline Clance and Suzanne Imes noted that the phenomenon “appears to be particularly prevalent and intense among a select sample of high-achieving women.” A more recent study on impostor syndrome found that it’s the top fear of executives around the world.

There are a couple reasons ambitious people might be more prone to impostorism. For one, they’re more likely to take on challenging new roles, and it’s only natural to feel insecure when you’re first starting out with additional responsibilities. A slightly more complex reason is that ambitious people tend to devalue their abilities. “When a person happens to be good at something — when they work hard and approach mastery, or perhaps even those few who have a gift — when those people do the work, it becomes intuitive,” Ramsden says. “So we wonder, ‘Did I trick them? Did I get away with something?’ Your ability to synthesize ideas, for example, might come so easily to you that you can’t imagine anyone valuing that skill.

It helps to think of impostor syndrome as just a catchy way to describe vulnerability — because really, that’s what it is. And ambition begets vulnerability: Asking for raises, negotiating new job offers, and gunning for promotions are all difficult, uncomfortable things to do. But if you want to make progress, it’s going to feel a little uncomfortable, so you might as well learn to lean into it.

When you feel like an impostor, you can do one of two things: You can run away and hide in the bathroom, or you can prove to the world — and perhaps yourself — that you do indeed belong. If you choose the latter, impostor syndrome can be a powerful motivator. You try harder, learn new things, pick up new skills, and ask the right questions until you become comfortable enough in your role that you no longer feel like a fraud.

Along the way, you can take comfort in the fact that the type of people who doubt their potential are often the type who have quite a bit of it. You may have heard of the Dunning-Kruger effect, the tendency for low performers to overestimate their skills. (In other words, people who claim to be “the best” at something usually aren’t.) But in their research, psychologists David Dunning and Justin Kruger also found the opposite to be true: Competent people have a tendency to underestimate their competence, which, in turn, leaves them more open to improving.

So, if you feel a little insecure, that’s not necessarily a bad thing. You’re probably more competent than you think, but even better, you’re more aware of your own weaknesses and therefore more equipped to push yourself to change them. Admit to your impostor syndrome, but also acknowledge the many times you’ve underestimated your abilities. Use this as a motivator to prove yourself wrong and work your way out of impostorism. Chances are you’ll be surprised at the work you’re able to do and the tasks you can accomplish.

A strong need for certainty, also known as cognitive closure, makes it hard to admit when you’re wrong — and thus improve your abilities, expand your outlook, and embrace creativity, all traits necessary for success. When we feel like impostors, sometimes we feel the need to sweep it under the rug. We focus on faking it enough to convince others, and ourselves, that we know damn well what we’re doing and that we’re confident and secure in our role.

But this backfires quickly. At one of my first jobs, a boss handed me a spreadsheet and assumed I would know what to do with it, but as soon as I looked at the jumble of numbers and letters, it became very clear that he was wrong. Rather than admit my uncertainty and ask for help, I sat at my desk for an hour trying fruitlessly to decipher the file.

When you lean into your impostorism, you can avoid situations like this. Being comfortable with a bit of uncertainty is a good thing: It keeps you sharp, observant, open-minded, and adaptable. It also keeps you from looking silly when, an hour later, you walk into your boss’s office and admit you have no idea what to do with that spreadsheet. The Socratic paradox — “The only thing that I know for sure is that I know nothing for sure” — might be a platitude, but it rings true here. If you’re uncertain, you’re probably also open to learning new things. If I could go back in time, I’d tell my younger self to be secure enough to admit my insecurity.

4. It encourages you to focus on the work.

Impostor syndrome has everything to do with identity and how we view ourselves. “Many of us, the most accomplished and driven, are led to believe that who we are is what we have done,” Ramsden says. “If we believe we are our accomplishments, then, when we accomplish something that does not fit within our expectations of who we are, you have a crack where impostor syndrome seeps in.”

Let’s say you get a big promotion and a new, glamorous title. It’s easy to become anxious about living up to everything the title implies, but titles and our associations with them can be more intimidating than the actual work they require. If you get to a point in your career where you’re promoted to a position of power, you’re probably already used to many of the tasks involved with that role. Sure, you’ll learn new things, but you don’t have to live up to a new identity, which is a completely overwhelming thing to do. You just have to do the work.

“When we finally find that what we have done is secondary to who we are, we begin to break free of impostor syndrome,” Ramsden says. It’s important, in other words, to separate your work from your identity. This separation is good for your own mental health, and without being so attached to your job, you can look at it objectively and without bias, which makes it easier to do really excellent work. And then, with enough time, you can look at what you’ve accomplished — and what you’re continually accomplishing — and use that to feel a little more secure that you’ve earned the role you’re in.

*This article was originally published on Medium.