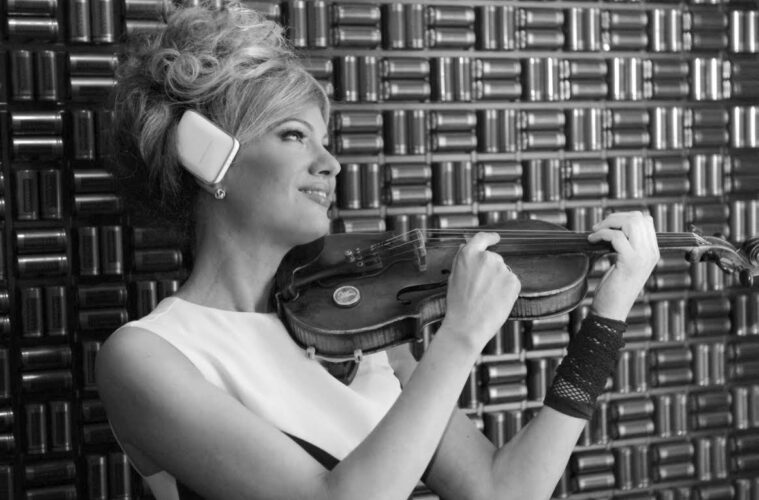 Israeli born Miri Ben-Ari stands out with her prodigious musical gifts, an astounding ability to make violin music fun, exciting, and unique. With her distinctive style, she has revolutionized the bridge between classical, hip hop and dance music, creating a new genre and style in the realm of what is possible for what a violinist can be and do. A vibrant persona and demeanor to top it off, her music videos have an urban edge that push the boundaries of what “cool” can be for a violinist to create.

Venerated as a Grammy award-winning artist, she has collaborated with top artists such as Jay-Z, Kanye West, Wyclef Jean and Armin Van Buuren, making a name for her as the “hip hop violinist” and creating over 50 hit tracks. A natural talent, she started playing violin at the age of 5 and was presented with a violin by Isaac Stern. As she continued to develop her skills, she took a liking to jazz music, and eventually branched out to the genre of hip hop, EDM and lately African music. Additionally, she has established herself as a humanitarian, founding “Gedenk”, which is a Holocaust awareness organization that promotes tolerance to the youth.

“Be open to learning new things, and once you find your voice believe in yourself”

A top talent, she has performed for Obama, was featured in a Pepsi commercial and performed at many sport events including the NBA All-Star game. For aspiring musicians, she is a huge inspiration for what a successful career in music can potentially be when you have a creative way of fusing genres to create an image for yourself. We sit down with Miri to find out her secrets to success and how she became so world-renowned. 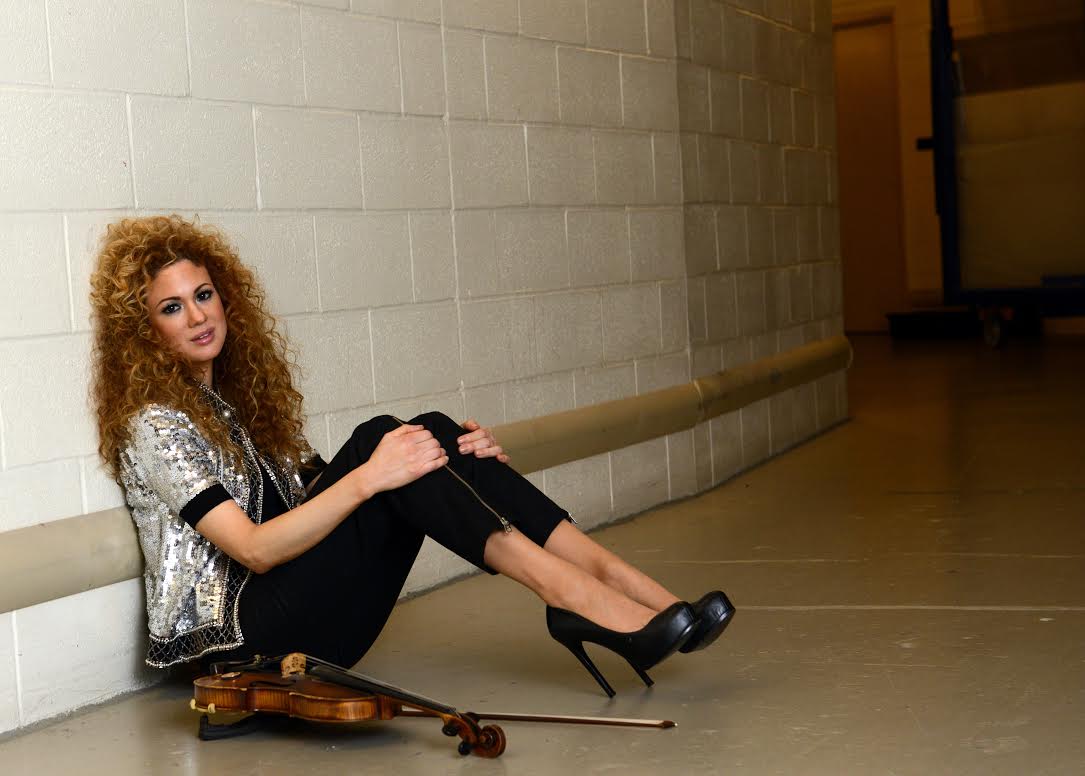 1. When did you decide you wanted to be a violinist? Did you have any reservations about pursuing a career in music?

My parents gave me a violin when I was five years old to start my music education. As a child, it helped my self-confidence knowing I was good at something. My violin teacher worked with Dorothy DeLay and I was supposed to go study at Julliard, but when I joined the military, which is mandatory in Israel, I decided that this was not my path. I fell in love with Jazz music and instead decided to move to NY to study Jazz which in hindsight was the best decision I could have made.

2. Do you think as a musician it’s important to have a foundation in classical music?

Yes, especially if you are a violinist. Violin was created to play classical music. I also think that it is important to have a Jazz foundation if you wish to play non-classical music. 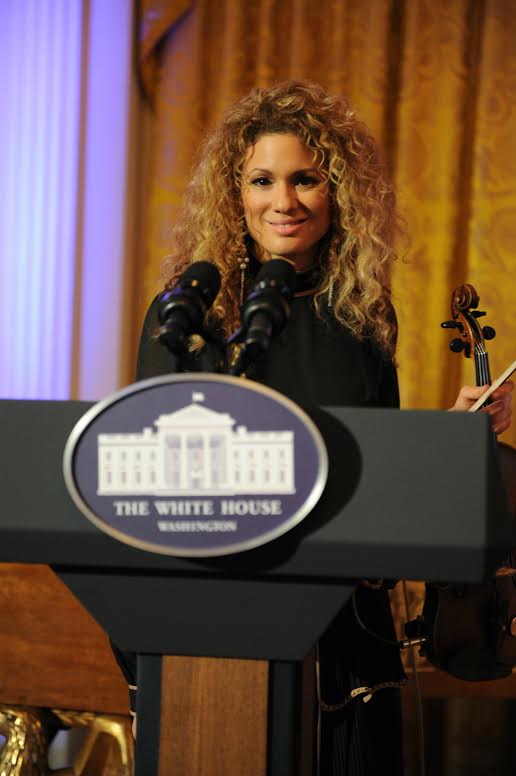 3. Tell me about your current projects?

I created a lot of new music in 2020. I released the R&B single “Dream”,  put out an instrumental album “Inner Violin” dedicated to my yoga and meditation practice, and launched singles with my new group Afrostringz. https://www.miribenari.com/instagram

4. How did you find the fusion between classical and hip hop and now African music?

I utilized both my classical and Jazz foundations to create my own original style. Kanye West, Jay-Z, and Wyclef Jean named it “The Hip Hop Violinist” which was also the title of my album with Universal. My many collaborations as the “Hip Hop Violinist” can be found on many commercial recordings such as my album “The Hip Hop Violinist,” The College Dropout by Kanye West, and “Overnight Celebrity” by Twista which is how many people “discovered” me. My recent collaboration with Diamond Platnumz with the song “Baila” introduced me to the African music market and continued with project Afrostringz, a collaboration with Nigerian artist-producer Young D to create a new sound in African music. We recently released a music video for the holiday season titled “Afro Christmas”. (https://www.miribenari.com/afrostringz-african-music)

5. Do you think it’s important to market yourself as a “brand” and how do you think artists can do this?

Absolutely, but in order to do so, you must work very hard and win credibility. It is not an easy process, you need to offer original content and be recognized for your original contribution. “Miri Ben-Ari” the brand, has had many endorsements with companies such as Pepsi, Reebok, and Harman Kardon. I am about to launch a new violin line “Miri Ben-Ari” in 2021 and am very excited about it. 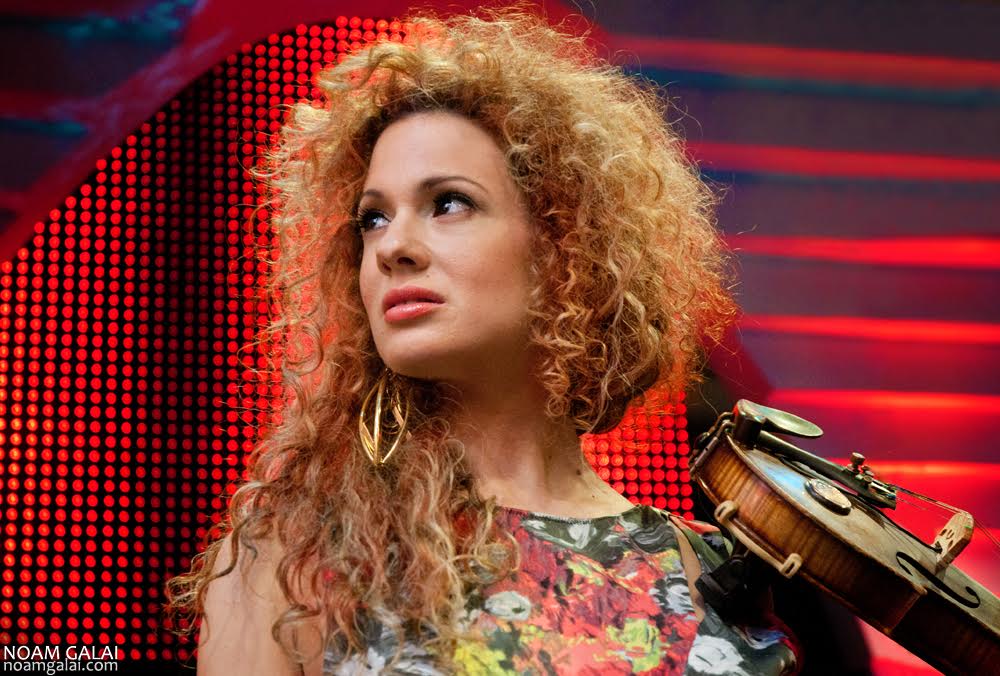 6. How did you acquire initial notoriety and what was the process of collaborating with celebrities like?

It wasn’t an overnight success. I played for many years in bars and clubs in order to become a better musician. I think it all started as “word of mouth” especially after my appearances on the Apollo and then BET’s 106 & Park. Many artists approached me for collaborations, I performed Summer Jam with Jay-Z and went on tour with Kanye. Then I got signed to a solo deal with Universal. My music collaborations have won many awards such as a Grammy with Kanye West, “song of the year” in Transe music with Armin Van Buuren, and “Best African music collaboration” with Diamond Platnumz. These collaborations led to more collaborations. Producing music with other artists is definitely one of my favorite things to do.

7. Tell me about your work as a humanitarian and why it’s important to you.

Being Jewish and third-generation Holocaust survivors impacted who I am in this world. It made me aware of the fight against racism and thrive to bring more harmony to our world. I founded Gedenk to promote tolerance and Holocaust education, I created the song “Symphony of Brotherhood” ft Martin Luther King Jr. to promote the powerful message of “I have a dream” and launched Afrostringz as a multicultural experience and a bridge between communities. Being “a good-will Ambassador of music to the United Nations” has given me the responsibility to utilize the power of music to make our world a better place. (https://www.miribenari.com/music-inspire)

8. What programs do you use to compose your music?

In my music studio, Mirimode Productions, I use Pro Tools and many plug-ins. I program, engineer, sing, and play both violin and keyboard when producing music.

9. What’s some advice you can give to aspiring musicians to find their “voice”?

Be open to learning new things, and once you find your voice believe in yourself. 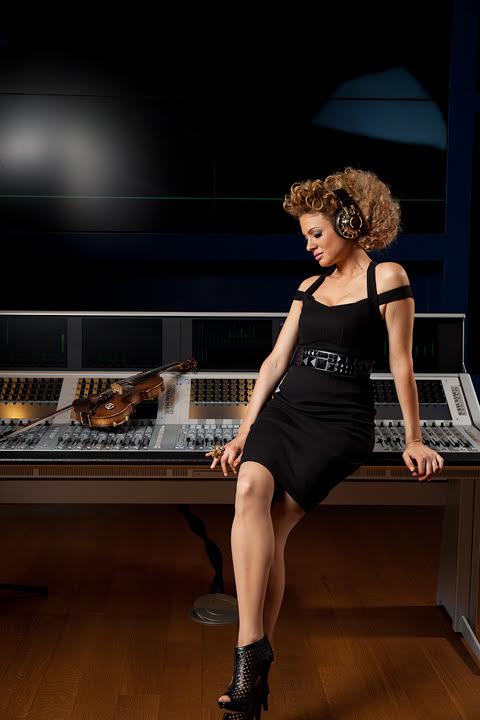